Ridiculous Rudy Giuliani:Asshole of the Week 17 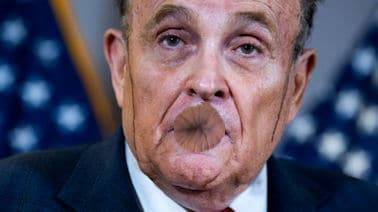 Rudy Giuliani was born in the sewers of Brooklyn, NY in 1944. He was named Rudolph William Louis Giuliani after the top four guesses as to who might be his father. He claims Tuscan heritage, but there was speculation that a little Rodentia was mixed in. One of his padres was Harold Giuliani, a never-do-well who temporarily resided in the Sing Sing Correctional facility. Harold also worked as an enforcer for an organized crime-affiliated loan sharking operation.

Rudy attended Manhattan College. He majored in political science and considered becoming a priest. He reconsidered priesthood and attended the New York University School of Law instead. He received his Juris Doctorate in 1968 and volunteered for the Robert F. Kennedy campaign while clerking for the United States District Judge for the Southern District of New York.

Like his late-life mentor, Rudy did not serve in Vietnam. Instead of phony bone spurs, Rudy had student deferments, an essential civilian deferment, and finally a high draft number. He even voted for George McCarthy in 1972 but switched his party affiliation to Independent in 1975. This happened, coincidentally I’m sure when he was recruited for a job in the Ford administration. He served as associate deputy attorney general, where he was praised for getting coffee and lunch orders correctly. He was even promoted from chief of staff to Deputy Attorney General, where he gained renown for his ability to encourage others to correctly fetch coffee and lunch.

During the Carter administration, Rudy worked at the firm of Dewey, Cheatem, and Howe. At DC&H he worked as chief of staff for his former boss, former Deputy A.G. Ace Tyler. One month after the election of Ronald Reagan, Rudy switched his party affiliation to Republican. Giuliani claimed it was a decision done after much soul-searching, but others, including me, believed it was to improve his chances to get a position in the Justice Department. Ace Tyler criticized his prosecutions in the AG’s office as “overkill.”

Rudy was appointed as U.S. Attorney for the Southern District of New York. Many associate attorneys claimed that the most dangerous place in the world was between Rudy and a camera and microphone. Rudy invented the “perp walk” where he paraded suspects in front of the media that he had previously alerted. Many of the charges were later dropped, but reputations were ruined.

Rudy took the credit for the work of others during the Mafia trials and became known nationwide. He knew how to work the media. A skill that would deteriorate in later years without his awareness.

In 1989, he ran and lost the race for Mayor of New York City to David Dinkens. During this campaign he ran as a fusion candidate of the Republican and Liberal parties, once again proving that his political affiliations depended on which way the wind was blowing.

Giuliani ran in 1993 in a rematch against Dinkens. Although crime had fallen during the past four years, Rudy ran as a law and order candidate, claiming that crime had become rampant during the Dinkens years. Ever the rabble-rouser, he addressed a Patrolmen’s Benevolent Association rally that turned into a riot involving nearly 4,000 off-duty police officers. He hired off-duty cops, firefighters, and corrections officers to monitor polling places for voter fraud, this was another action in Rudy’s playbook that would be used again. He became the first Republican mayor of New York since John Lindsay in 1965.

He ran and won again in 1997 by claiming to be a tough leader. The terrorist attacks on September 11, 2001, became the best thing that ever happened to Rudy politically. He attended every photo op and visited the site of the attack on several occasions, of course in full view of television cameras. He generated enough goodwill that he became known as America’s Mayor. It wasn’t until the Trump administration that he became America’s Nightmare

By the time of the Trump administration, he was desperate for a job. After a failed Senate bid in 2000 and a failed Presidential campaign in 2008, he developed a reputation as an attorney of questionable ethics and had a hard time finding jobs at reputable firms, only finding jobs at firms that bore his name.

It is hard to know which came first, but he became a lush and unscrupulous attorney during the 2016 campaign. It was in the 2020 campaign that he more than earned his asshole status. Denying the truth at every turn he became a serial liar worthy of the orange turd. If not for his war against democracy and decency, he would be considered a clown. Who can forget his big announcement next to an adult toy shop? Or the hair dye running down his drunk-induced sweaty face. He even lost his license to practice law in New York. His appearance with his freaky read-headed son only further proves that there are genetic mutations at work.

In short, Rudy is desperately working to become a national joke in addition to Asshole of the Week. 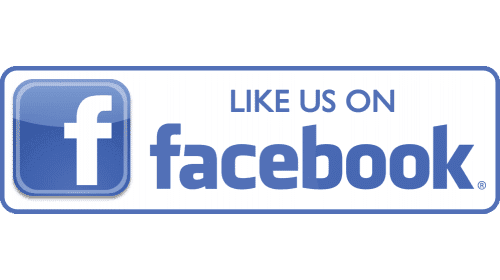 PrevPreviousAutocrat-How to be One
NextLaughable Lindsey Graham: Asshole of the Week 18Next