The Floundering Fathers – Part 3: The Militia and the 2nd Amendment 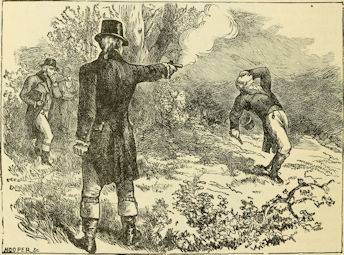 By naming this series The Floundering Fathers, it is not ay intention to disparage the men who took upon themselves the founding of the United States of America. I only mean to convey that they were fallible human beings who were operating in a difficult political environment. Getting the former colonies to ratify a document establishing a central government was no walk in the park. James Madison was purposely vague so that the constitution could be interpreted to suit the times. As near as can be told, none of the founders, including Madison, were clairvoyant. They could not foresee the changes that would occur over the following 233 years. This is why the arguments of the originalists make little sense.

First, let’s look at the text of the second amendment:

Let’s look at that. It does not flow off the tongue and is hard to read or understand. In a nutshell, it is four sentence fragments that seem to make no sense when put together as a complete sentence. This was not Madison’s best literary work.

The idea that the founders were of one mind is ludicrous. Even a cursory examination of the writings of the individuals who attended the Constitutional Convention (no one from Rhode Island attended) shows there were major disagreements between all involved. Since none of us can read minds (pay no attention to the charlatans who claim they can, it is a trick) and especially cannot read the minds of people who have been dead for 200 years, we must rely on what they wrote to gain any understanding of their thoughts.

There were two camps: the Federalists who wanted or at least saw the need for a strong central government and the anti-Federalists who thought a weak central government and strong state governments were more desirable. One element upon which they agreed was a distaste for a standing army. They had just experienced a foreign one quartering in their homes and surveilling them and had a serious distrust of armies. The difference was the Federalists remembered the poor performance of the militias during the revolution and saw the need for some kind of standing army with a powerful navy ( they were aware of the barrier an ocean provided).

This was an important debate to remember when analyzing the meaning of the second amendment and is central to its creation. It was done to appease the anti-Federalists and others opposed to a federal standing army. As James P. Campbell wrote, “James Madison introduced the Second Amendment to placate various fears regarding the military, the balance of power between the federal and state governments, and the use of standing armies.”(1)

Had the anti-Federalists and later originalists had their way, there would be no U.S. Army, or Marines, or an Air Force, or a Space Farce (they could not have imagined the latter two). The only military we would have would be a navy, which includes coast guard duties, and fifty independent state militias or National Guard units. The Federalists recalled the performance of the militias during the revolution and were unimpressed. The antics of Francis Marion, aka the Swamp Fox (melodramatically portrayed by the legendary bigot, Mel Gibson, in the movie, The Patriot), and the South Carolina militia, were the exception and not the rule. General George Washington and his officers in the Continental Army considered them a necessary evil at best. One of those officers, Henry Lee III, referring to the battle at Guilford Court House said, “American regular troops behaved there with the most gallant intrepidity. What did the militia do? The greatest numbers of them fled. …had the line been supported that day, Cornwallis, instead of surrendering at York, would have laid down his arms at Guilford.”

There are numerous letters and editorials relating to the debate about standing armies, firearms, and militias. In none, is there a mention of private gun ownership by individuals. Arms were considered useful for two activities hunting game and for militia duties. Today the term, militia, refers to groups of gun nuts playing Rambo in the woods, but like many things it meant something totally different in 1791.

At issue was a national army and who controlled the militias. The Federalists, remembering the bumbling and cowardly performances of many of the militias during the revolution wanted a standing army or a trained and regulated militia. The anti-Federalists wanted no part of anything resembling a standing army and the Second Amendment was an attempt to appease both sides. There was no argument from either side relating to private gun ownership outside a well-regulated militia. The other big argument was what to do about the Pennsylvania Quakers who had no militia and whose pacifist views would prevent participation in a national militia. An earlier proposed version of the second amendment included “including the body of the people capable of bearing arms”, in a reference to the Quakers.

So what did the founders think? Many things and the only way we can know is through their correspondence. Let’s start with some things the founders did not say but have been attributed to them by the NRA and other gun-rights organizations:

In his book, Guns, Crime & Freedom, Wayne LaPierre argues that virtually all of the founders and anyone of importance at the time of the second amendment believed that everyone should be armed in the way the NRA prescribes. He also takes quotes out of context and misquotes several of the founders. (3) This is just LaPierre lying in print rather than his usual vocal medium. Bullshit is a trademark of the NRA and other gun nuts. I shouldn’t lump the NRA in with gun nuts like that. The NRA is more. It is a shill for firearms manufacturers and its members are only financial assets.

The founding fathers said and wrote a lot of things and frequently those ‘things’ had to do with a federal army and militias. In none of the recorded quotes do they mention private gun ownership outside of a well-regulated militia. 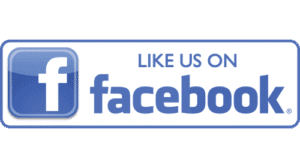